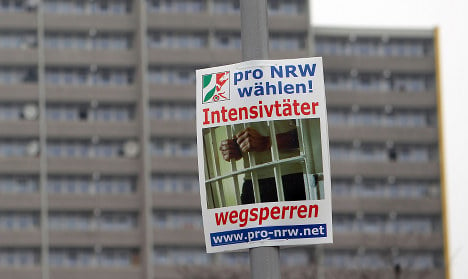 The taz newspaper reported on Monday that an Islamist from Bonn, western Germany, appeared in a video on an Islamic forum in which he encouraged “the killing of all activists from the Pro NRW party”.

Members of the small extreme-right political party held a campaign event using anti-Muslim caricatures ahead of an election in Germany’s most populous state North Rhine-Westphalia on May 13.

In his appeal, the Islamist urged the collection of personal information on Pro NRW members, including their home addresses and work schedules, with the goal of attacking them.

“We take this message seriously,” an interior ministry spokesman told the newspaper, which said the man had broadcast messages for the “Islamic Movement of Uzbekistan”.

Several police were injured during recent clashes between Islamists and Pro NRW members.

The right-wing activists have for several years campaigned against the construction of mosques and have in some protests marched with cartoons of Mohammed that were initially published by a Danish newspaper in 2005, leading to a wave of violence and anger across the Muslim world.

Islam strictly prohibits the depiction of any prophet as blasphemous.