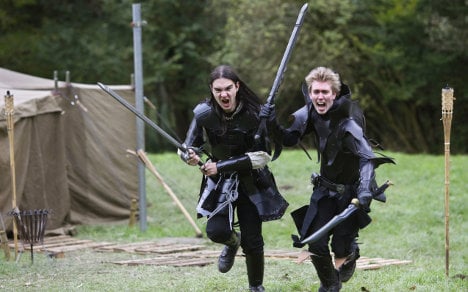 Chris Kühn, head of the Green party in Baden-Württemberg state, was trying to go through security at Berlin’s Tegel airport on Wednesday evening, when officers stopped him – because of the axe in his hand.

There was no way he was going to be allowed on the plane carrying the one-metre-long axe, they told him.

“It was not a real axe, rather it was for a live role-playing game and improvisational theatre,” he said later.

It was not even his own, he added hastily – rather, he was bringing it from Berlin to Stuttgart for a friend.

The security staff were unimpressed and insisted he could not take the axe onto the plane.

The bearded politician had to rush through the airport – axe in hand – to check it in as sports equipment and pay an additional €35 to get it on board.