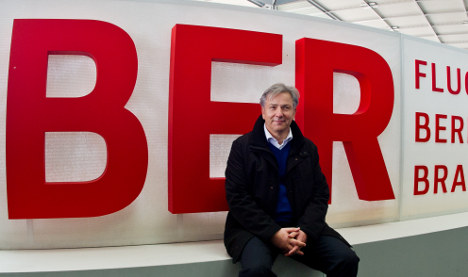 A marathon meeting of the supervisory board of the Willy Brandt Airport (BER) which ran through Wednesday night decided there was so much more to be done that the best part of a year more would be needed.

Berlin Mayor Klaus Wowereit, who heads the board, said on Thursday morning that the new start date would be March 17, 2013.

Work on the enormous project will continue without chief planner Manfred Körtgen, who was fired, according to several German newspapers.

He has already been followed by the office of renowned architect Meinhard von Gerkan, according to the Berliner Morgenpost.

The office, known as Gerkan, Marg and Partner (gmp) said in a statement that it didn’t have any responsibility for the airport delays.

“As architects we can confirm that we have without reservation fulfilled our responsibilities,” the paper quoted the firm as saying. The company noted that it has successfully completed many airports, including Berlin-Tegel, Stuttgart and Hamburg.

Rumours are also swirling about the safety of the man broadly in charge of the project Rainer Schwarz, head of the executive board, the Berliner Zeitung newspaper said on Thursday.

The board went into its meeting on Wednesday lunchtime, with a result expected late in the evening, but the 15 members holed themselves up in a container that served as a conference room at the airport construction site and stayed until the early hours of Thursday.

The long-awaited opening of the massive project was called off just a few weeks before the June 3 planned opening, with the official reason given as problems with the fire protection system.

Since then it has become clear that there were many more reasons behind the missed deadline, the Berliner Zeitung said. Work was significantly behind schedule in numerous areas. If the airport had opened on time it would have remained a massive construction site for months, the paper wrote.

Airline Air Berlin said this week it expected to make a claim for damages from those responsible. The fall-out from the delay is enormous, leaving many airlines with entire schedules which need to be reworked, as well as countless other secondary businesses having to reorganise.