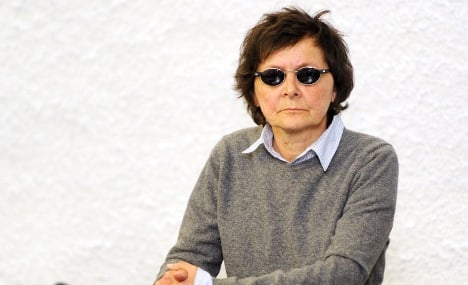 “I was not there,” Verena Becker, 59, told the higher regional court in the western city of Stuttgart, where she is on trial for complicity in the murder of then West Germany’s top prosecutor, Siegfried Buback, in 1977.

“These accusations are false and I cannot let them stand as they are,” she added, in her first comments on the trial for more than 18 months.

Wearing a pale blue shirt and grey jumper and sporting dark glasses, Becker said she was in the Middle East on the day extremists pulled up to Buback’s car and sprayed it with bullets, killing him and two others.

She also said she “never participated” in planning the attack in the south-western city of Karlsruhe which marked the start of the “German Autumn”, the peak of the gang’s reign of terror that shook Germany to its core.

“I have never personally ridden a motorbike,” she told the court.

Other members of the murderous “anti-imperialist” outfit have been convicted for the killings, but the shooter has never been identified.

The case was closed in 1980 but was reopened in 2008 when Becker’s DNA was found on a letter from the gang, better known to Germans as the Red Army Faction (RAF), claiming responsibility for Buback’s death.

The gang took up arms against what it considered an oppressive capitalist state still riddled with former Nazis, killing 34 people in attacks on West Germany’s elite and US military bases before disbanding in 1998.