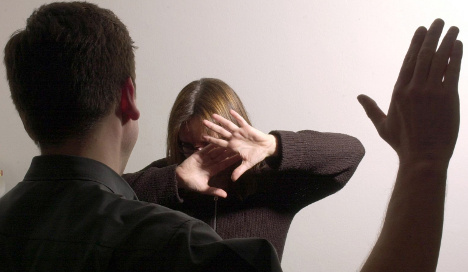 Many victims of sexual violence often don’t dare go to the police – out of shame, fear of a court trial, fear of not being believed or because they are not sure if it may have been partly their own fault.

Sabrina Lorenz from Munich wants to change all that with an internet campaign #ichhabnichtangezeigt (I didn’t report it), the Süddeutsche Zeitung reported on Saturday.

This month Lorenz and four fellow activists will be encouraging victims to tell their stories anonymously online, in the hope of breaking through the culture of shame and fear surrounding sexual violence.

Victims – men and women – can use Twitter, Facebook and emails to finally tell someone what has happened to them and why they did not go to the police.

“Our society, in which ‘victim’ is used as an insult, I feel is hostile to victims,” activist and womens’ career advisor Daniela Oerter told the paper. “I know several women who have been the victims of sexual violence but not one of them has reported it to the police.”

The women, who met at a conference in November last year, decided they wanted “to stop talking and do something,” said Lorenz. Some of them have experienced sexual violence themselves, or are close to people who have.

Many of the messages they have received so far tell of violence within relationships or child abuse. Victims write about incidents that happened years or decades ago.

“It’s clear that writing breaks through the dam with those ones,” said Lorenz.

One of the messages already submitted says, “Because I did not want to further damage my already dysfunctional family and I was ashamed.”

Another says, “Because at 15 I was scared of being seen as a prude because I didn’t yet want sex with my ‘boyfriend’ and did not tell anyone that he then simply ‘took’ it.”

The campaign – the first of its kind in Germany – is based on similar ones in the UK and France #ididnotreport and #jenaipasportéplaint, which have been very successful in raising awareness.