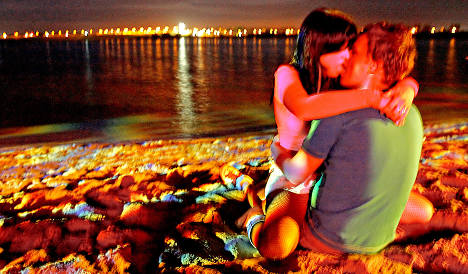 Almost two thirds of German women said they prefer to have sex after a drink, with 55 percent happiest hopping into bed tipsy. An alarming seven percent prefer to be drunk or very drunk, the Hamburger Morgenpost reported on Friday.

Just 42 percent feel more confident making love when sober. Meanwhile, a slim majority of German men – 52 percent – say they don’t need to touch a drop to get in the mood.

The results show a marked difference between the Germans and their Southern European cousins when it comes to love-making. The majority of Spanish and Italian lovers prefer sober sex.

Germans have sex about once a week – which is also the Europe-wide average. Surprisingly, the study found that participants who worked more also had sex more frequently.

The vast majority of Germans like it best in bed, with over 83 percent of women and 74 percent of men choosing a between-the-sheets experience.

Exotic sex at the beach came second, with just under eight percent of all the Germans asked saying they had no fear of sand.