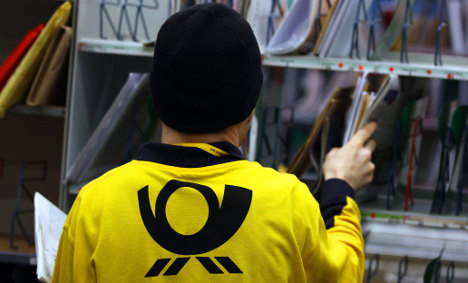 The self-employed postie Enrico W. kept all his deliveries in a garage in the Saxon town of Hoyerswerda. He is being charged with 78 counts of theft.

According to a report in Bild newspaper, the 41-year-old told the court, “I am addicted to gambling, and I needed the money to pay my bills.”

At first, Enrico W. began to take on more and more rounds to make as much money as he could.

“But it was too much – I couldn’t deliver all the post,” he said. “So I hoarded it. At some point I started searching through the letters for envelopes that looked like they might have money in them.”

Up until February 2009, the postman reportedly collected €2,300 in cash and €215 in coupons – but then he stopped delivering letters.

The crime only came to light two years later, when Enrico W. stopped paying for the garage he had rented. The owner then opened it, found the thousands of letters, and called the police.

Judge Dirk Hertle handed him 18 months’ suspended sentence, 120 hours community service, plus a five-year ban on working as a postman.