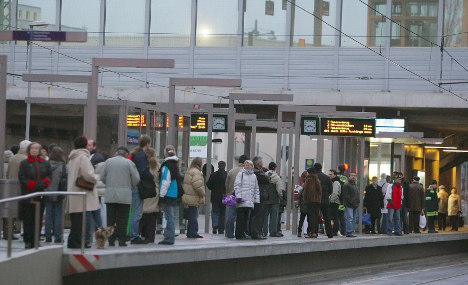 Around 30 people were waiting for a train near the Hannover Congress Centre, when an Audi travelling at high speed smashed into the group, knocking people over and throwing some into the air.

A man and woman, aged 64 and 56 respectively were thrown 30 metres through the air. The man died later in hospital and the woman is, according to a police spokesman, fighting for her life. A further two women were taken to hospital to be treated for shock.

The car clipped part of the train stop, ricocheted off a nearby tree and then crashed into another tree which managed to bring it to a halt. The 57-year-old driver was trapped in the vehicle and had to be cut out by firemen. He survived and is being treated for serious injuries in hospital.

Hannover police are not sure why the driver lost control of his car, or why he was travelling at such a high speed but have launched a full investigation and are asking for witnesses to come forward. A spokesman confirmed on Wednesday morning that a wheelchair and crutches were found in the car, but said they had nothing to do with the accident.