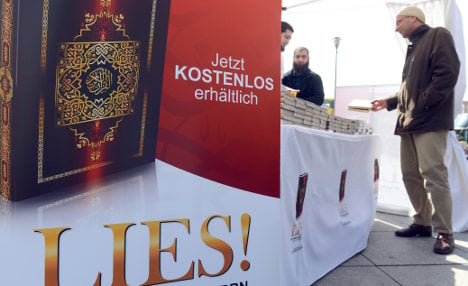 “Disciplinary action is underway, with the aim to dismiss the man from the police force,” North Rhine-Westphalia’s Interior Minister Ralf Jäger confirmed on Tuesday. It is the first time a policeman has been suspended for radical beliefs in Germany.

The head of the Essen police force told the Westdeutsche Allgemeine Zeitung newspaper that the suspended officer does not believe in the German constitution, which is required of police officers – rather he holds Islamic law to be paramount. When questioned by state security if he lived under Islamic law, he said only that “what he believed privately was his business.”

He has also admitted to having contact with radical Salafists who promote violence towards non-believers.

It also emerged that the 31-year-old, identified only as Ali K., had worked with the police intelligence service, spending six months in 2009 with a mobile observation team who were instructed to keep an eye on extremist activity.

Background checks showed that he was a Muslim but had no fundamentalist beliefs at that time.

People working with Ali K. in the intelligence service told the WAZ that he did not show “team spirit,” he was often late to work and that “his personality did not fit with the job profile.” It has not been made clear who he was assigned to observe.

Originally from the nearby city of Duisburg, Ali K. caught the attention of state security earlier in 2012 when he set up an information stand with other Salafists in Essen, and handed out Islamic material to passers-by.

Among the material being given out were videos featuring speeches from prominent Salafist Bilal Philips, who believes that homosexuals should be killed.

Salafists have been making headlines in Germany recently following violent clashes provoked by a far-right political party in North Rhine-Westphalia, in which 29 police officers were injured.

Salafists have also been behind a nationwide push to distribute millions of free Korans to the public.

On Wednesday morning German Interior Minister Hans-Peter Friedrich said the Salafists were in close ideological proximity to al-Qaida terrorists. Speaking on ARD television, he said, “We will not allow Salafists who are prepared to be violent to disturb the peace in this country.

“We will of course check all possibilities of banning associations in which they are organised.”