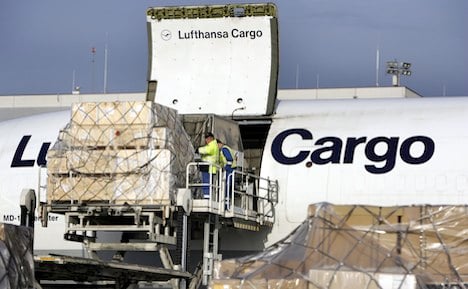 The Bild am Sonntag newspaper cited a confidential report on air cargo security by the Interior Ministry dated March 14, 2012.

The report found that random controls have been planned only for the airports in Cologne/Bonn, Frankfurt, and Leipzig, though 14 airports are considered at risk because they load cargo from high-risk airports onto passenger planes.

Time constraints prevent thorough inspections of the cargo, the report said. The airports also lack equipment to detect for certain explosives, and those detectors would only be available starting in 2014.

For the 14 airports in Germany deemed at risk, there are only 12 dogs trained in detecting explosive devices.

The issue of cargo security came to the forefront when two packages with explosive devices were discovered in October 2010, on their way from Yemen to synagogues in the United States.

One of the packages, which was discovered at the East Midlands Airport in Britain, had been transferred between planes at Cologne/Bonn airport.