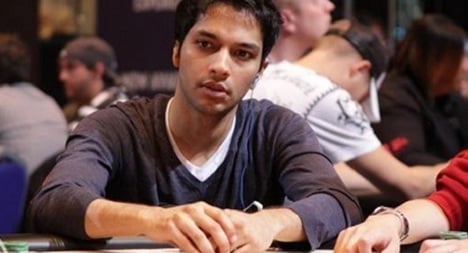 For the first time ever, a woman came close to winning the main event of the season’s last main event, and that would have been something that has never happened before. Yes, women have won EPT main events. Vicky Coren was the first, when she came out on top in London 2006, and Liv Boeree won in San Remo in 2010, and this was one of the biggest EPT main events ever.

The winners of the finales, however, have always been male players.

This year, Lucille Cailly became the first woman to make the final table of this event, and when the number of players had dwindle down to two, she was still there. Her fans were already dreaming of a local woman to take the title, but it wasn’t to be, as Cailly lost “the mother of all coin flips”, as pundits like to call the duel between pocket queens and ace-king, when both players are all-in before the flop.

The queens won the race, and so the money went to Cailly’s opponent Mohsen Charania. The US-pro has already made seven digit number winnings in online poker, the tournament in Monte Carlo now marks his breakthrough in live poker.

665 players had started this event and generated a price pool of more than seven million Euro. After Cailly and Charania had made a deal, they were both sure to become new poker millionaires. They both cashed for over one million, which is not bad, if you think about that they simply played cards for a week.

The €10.000 main event was only one of almost two dozens of events to be played out in Europe’s gambling paradise on the Mediterranean coast.

Among these were lower buy-in tournaments and some in other poker variants like PLO or mixed games. By far the most attention was focused on the so-called high roller event.

This €25.000 event attracted the best players from all over the world, among them Phil Ivey and Daniuel Negreanu, two of the best known players of our time. Whil Ivey busted in ninth place and thus just missed the final table, Daniel Negreanu made the heads-up and ended his tournament in second place, succumbing only to Igor Kurganov, a Russian-German player with a history of high roller successes.

With the tournament week in Monaco finished, the eigth season of the EPT has come to a close. There will now be a summer break, before the ninth season of Europe’s largest poker tour kicks off with the event in Barcelona, traditionally one of the most popular stops and thus one of the largest fields.