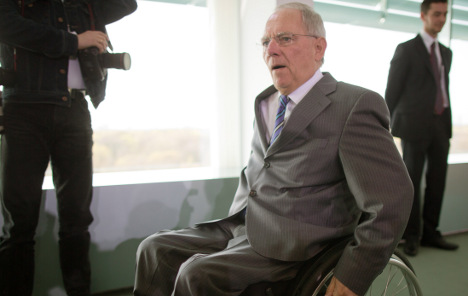 “He has my complete backing,” Juncker, who is also the Luxembourg prime minister, was quoted as saying by the Germany daily Die Welt.

Schäuble, 69, an unofficial candidate so far, knows the issues well and would “put his heart” into the job, Juncker said of the wheelchair-bound German finance minister.

The Luxembourg premier has chaired the Eurogroup since it was created in 2005, but has indicated he will not seek a new mandate after the current term ends at the end of June.

On Monday, Juncker said in the northern port of Hamburg that the Eurogroup chief should be someone who listens well and who “does not discover the state of affairs in Cyprus” when the subject comes up during a meeting.

A nomination of Schäuble “would be an ideal choice in that sense”, Juncker had said.

In addition to the Eurogroup post, European Union or eurozone authorities are to select candidates for several high-profile positions in the coming months.