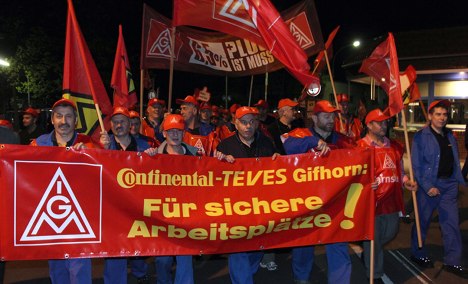 The information should make the increasingly difficult labour discussions between trade union IG Metall and employers, even tougher.

Warning strikes have already taken place by workers demanding better wages and conditions. The union wants a 6.5 percent wage hike and the unconditional hiring of trainees following their internship period.

Massive demonstrations are expected Tuesday, Labour Day, all over the country, with violence expected, as usual, in some Berlin neighbourhoods. Police have called in for reinforcements, as is the custom, for the day.

The data office said average productivity per hour worked rose 3.4 percent in the European Union between 2005 and 2010.

But Germany posted a 4.0 percent increase for the time period, while in France it was 3.0 percent and Italy showed virtually no gains.

Overall, unit labour costs rose 6.2 percent in the EU, but were only 3.6 percent higher in Germany, due to the moderate wage increases in the last years.