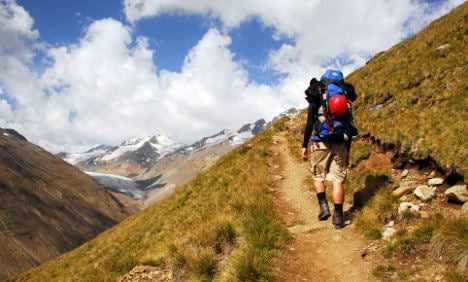 Researchers at the University of Halle-Wittenberg measured the impact of twice-weekly hikes on 18 professionals, with an average age of 54, against their counterparts who performed no such exercise.

After seven weeks, the programme, which combined hiking with coordination and relaxation exercises, had a significant positive impact on weight, Body Mass Index, blood pressure and general levels of stamina.

The study was developed with the help of the German Hiking Association and the physiotherapy department of Osnabrück University of Applied Sciences,Die Welt reported on Sunday.

Christine Merkel, from the Hiking Association, explained how the project worked. “The hikes were set at an hour and a half,” she said, explaining that the distance of each walk varied from 3.7 to 5.8 km depending on the terrain covered.

Participants spent an hour of each period walking, with the remaining 30 minutes devoted to various physiotherapy exercises, including loosening the shoulder muscles, standing on one leg, and balancing a cane on their feet. They were also offered professional tips on a healthy lifestyle.

Participants lost on average 1.3 kilos and their heart rate during exercise was on average lower by nine beats per minute by the time they had hiked for seven weeks.

Stamina, calculated according to blood chemistry was also improved, as was coordination, measured by standing on one leg on a wobble-board, added Merkel.