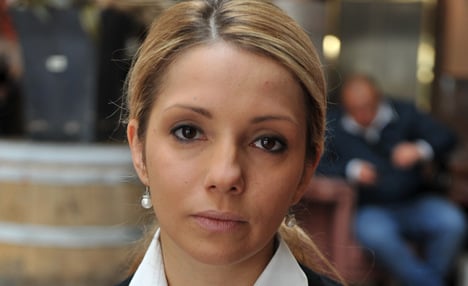 Yevgenia Tymoshenko, 32, told the Frankfurter Allgemeine Sonntagszeitung newspaper that the “destiny of my mother and my country are now one. If she dies, democracy dies too.”

Her mother has been on a hunger strike for 10 days now, in protest over what she says is her violent removal from her prison cell to a hospital against her will. Her mother is only drinking water and is “very weak,” daughter Yevgenia told the paper.

The elder Tymoshenko is in jail serving a seven-year sentence for abuse of office and is awaiting trial on tax evasion charges. Her treatment has been widely condemned as politically motivated.

Foreign Minister Guido Westerwelle said he was outraged over Tymoshenko’s situation, telling the paper that “against all legal and moral responsibilities, the Ukrainian government has denied adequate medical treatment” for the former leader.

“Reports over the abuse of Yulia Tymoshenko have shocked me,” he told the paper. Should they be true, there will be no turning back to business as usual with the Ukraine, he said.

On Saturday, opposition Social Democratic Party leader Sigmar Gabriel called for German politicians to boycott the upcoming European Football Championships in the Ukraine. The event is to take place in both the Ukraine and Poland and the German national team is a favourite to win.

But Tymoshenko’s daughter said her mother was against a boycott of the competition because it represented European integration and could serve as a platform for the opposition.

But the imprisoned former leader is against having German and other European politicians being seen with Ukranian President Victor Yanukovich – either inside or outside the stadium.

German President Joachim Gauck’s recent cancellation of his planned visit to the Ukraine was welcomed by the Tymoshenkos. “That’s a signal of solidarity to the entire opposition and all political prisoners,” the younger Tymoshenko said, adding that Germany is a key country for exerting European pressure on the Ukraine.

Westerwelle said Germany will continue to monitor not only Tymoshenko’s situation but those of other political prisoners. While Germany wants the Ukraine to be closer to the European Union, that won’t happen until “believable steps toward the rule of law” are taken, Westerwelle said.