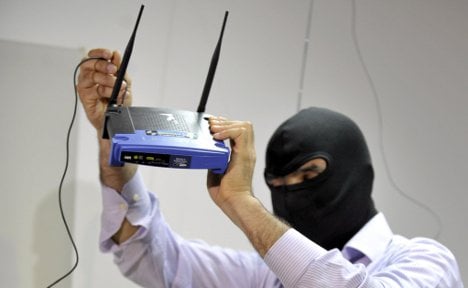 Three router models were found to have a glitch in their programming which would enable just about anyone to infiltrate a particular WLAN network. No prior knowledge or technical ability is necessary, simply a particular PIN number which is being circulated on the internet.

The revelation means that Telekom customers may have been unwittingly granting access to their private wireless network for several months, Die Welt reported on Thursday.

In the case of the first two, Telekom advises customers to deactivate the WPS function of their box – a function which is supposed to keep the wireless connection secure.

For owners of the latter model, the situation is more problematic: the company has told these customers to turn off their wireless networks altogether.

A spokeswoman for the company was not willing to divulge the exact number of customers affected, but would say only, “Let’s just say it’s more than a couple of hundred.” Industry experts estimate the actual figure is over 100,000.

“We are working flat out on a firmware update for the affected Speedport models,” Telekom said in a statement on its website.

The company also announced it was working with the manufacturer to ensure future models would be preconfigured more securely.

As Die Welt points out, the glitch potentially represents more than just an annoyance for Telekom customers. Network owners are liable for any criminal offence that is committed using their internet collection, including illegal downloads.