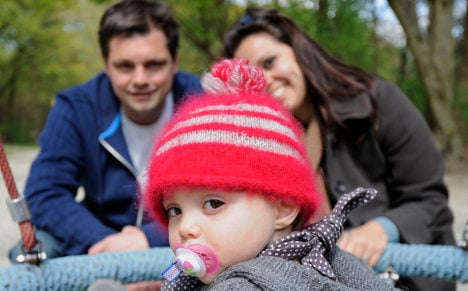 They turned out to be four long, humiliating, hungry and educational weeks for Jochen Metzger and his wife Helga, who vowed to treat their two children, Lara, 13, and Jonny, 10, as the undisputed bosses. He wrote about the role-reversal experiment in a book: “The Kids Are In Charge.”

“For one month we parents unquestioningly took orders from our children. We gave them absolute control of the family budget.”

The result was a long humiliation – asking for pocket money, begging to stay up longer in the evenings, and accepting a “No” without question.

“Even if they grow up with loving, generous parents, children have to do whatever they’re told, day in, day out,” wrote Metzger, explaining the experiment.

“Of course, we’re the big ones, they’re the little ones. It’s our job to protect and feed them, and to show them how things work. But very often we do all that with words and with an attitude that contradicts all the rules of respectful co-habiting.”

Metzger claims the psychological experiment did not come out of any radical pedagogical beliefs – “Me and Helga are not hippies” – but out of a spontaneous decision to allow his son Jonny to train him in table-tennis.

“Afterwards, he gave me a big hug and told me, ‘Dad, no adult has ever talked to me as politely as you did then. That felt really good.’ ”

But the feel-good family bonding soon dissipated when it came to the hard realities of family finances. Bank cards were given to the neighbours for safekeeping, and the children received the family’s monthly budget after tax and bills in cash: €700.

Jochen and Helga were given €40 each in pocket money, and though there was initial talk of buying a Nintendo Wii, 13-year-old Lara – who took control of the financing – turned out to have the instincts of a seasoned finance minister.

This meant that Jochen found himself cadging his lunch from colleagues at work, and coming home to find the fridge bare. Ten-year-old Jonny, meanwhile, failed to pack anything to eat for a table-tennis competition he went to with his father; and the pair were forced to drink water in the gent’s toilets.

This, according to Metzger, is in keeping with professional child psychology opinion – children only begin to develop long-term planning skills at the age of 12.

While Jonny enjoyed his days of extended computer games and TV – and once gave his mother a one-day TV ban for “cheeky behaviour” – Lara discovered that the combined pressure of school work and budget planning was not as much fun as it first appeared. It soon became clear that the shopping spree was not going to happen.

When Metzger asked his daughter why they hadn’t spent all the money on the first day, she answered, “I can only spend your money. I always get a bad conscience when it’s mine.”