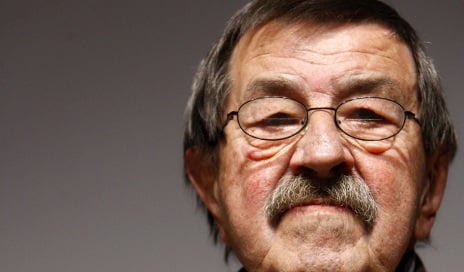 “He was discharged Friday,” said spokesman for the Asklepios Klinik St. Georg hospital in the port city of Hamburg – without giving further details.

Grass, 84, who recently provoked a heated international debate after lambasting Israel in a poem, was admitted following heart problems, a hospital spokesman said Monday confirming a report by the Bild newspaper.

His doctor said on Tuesday he was having an “examination which has long been planned and, if need be, treatment in the hospital,” without giving details on

the nature of the medical exam.

Grass was working and did not have to remain in bed, the doctor Karl-Heinz

Kuck said in a written statement on Tuesday, adding: “There’s no danger to his

Israel “could wipe out the Iranian people” with a “first strike.”

Commentators in Germany and Israel said Grass offered up a one-sided portrayal of Israel as a bloodthirsty aggressor against Iran while dredging up anti-Jewish tropes in the nine-stanza prose-poem.

Israel has barred Grass from visiting the country, declaring him persona non grata.

One of Germany’s most influential intellectuals, Grass saw his substantial moral authority undermined when he admitted in 2006 – six decades after World War II – that he had been a member of Hitler’s notorious Waffen SS as a teenager.

Grass achieved world fame in 1959 with his debut novel “The Tin Drum,” and for decades pressed Germany to face up to its Nazi past.