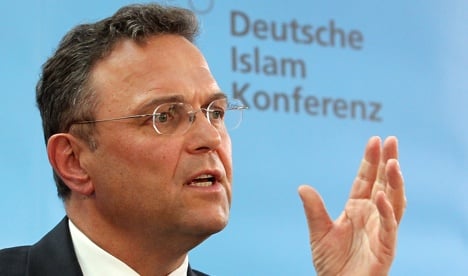 Hans-Peter Friedrich and the tabloid newspaper both presented the study as showing that young Muslims were not integrating into German society – infuriating the authors who said their presentation was a gross distortion of what they actually said.

The study, released at the end of February, was led by Wolfgang Frindte of the Friedrich Schiller University in Jena, who spoke of his team’s “despair” at the way the complex 760-page study was spun by the government and Bild.

Islam scholar Armina Omerika on Wednesday resigned from the Islam conference currently taking place in Berlin over host Friedrich’s handling of the study.

Friday’s revelation, in a Süddeutsche Zeitung report, suggests there was some collusion between the ministry and the paper over the timing of the study’s release.

Bild reported on the study on February 29, a day before the Interior Ministry posted it on its website. There was immediate suspicion that it had been leaked, but Friedrich told state broadcaster ZDF at the time, “This study was not given out from my ministry.”

But following an official information request from the socialist Left party, the ministry has now admitted that its press office did give Bild an advance copy, in preparation for an interview with Friedrich.

The Left party’s Sevim Dagdelen, who made the official request, condemned Friedrich, of the Christian Social Union, as a “Minister of Lies,” and called on him to apologize to the study’s authors and give an explanation to parliament.