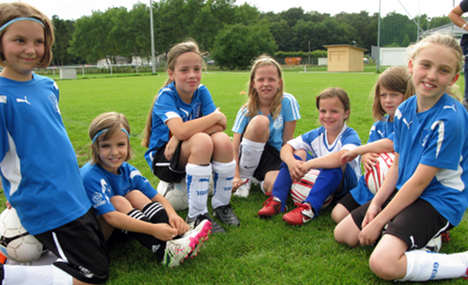 Under pressure to make life easier for working parents, schools across Germany are gradually beginning to extend the school day until around 3:30 or 4:00 pm for children from the age of six, replacing the traditional finishing time of 12:30 or 1:00 pm.

Officials from the sports world are worried about the long-term impact of this change on a country that previously nurtured the idea of regular after-school sports.

“There is a huge danger for the sports associations if they don’t manage to get really involved in schools,” warned Georg Wydra, head of the Sports Science Institute at Saarbrücken University.

Most regional states, which in Germany bear responsibility for education, have reduced the upper-school leaving-age by one year, to bring German graduates in line with other European nations.

Germany ranked fifth on the medals table at the 2008 Olympic Games and has 91,000 sports clubs geared up for young people. Obst stressed that they provide the foundation for the nation’s sports scene.

Boris Rump of the German Olympic Committee said so far there had not been a noticeable drop in the number of youngsters taking part in sports, but said sports clubs must actively try to get involved in schools to survive.

In practice, younger pupils rarely have afternoon classes anyway, and, if they do, they are not held five days a week, as afternoons are reserved for school sports or musical pursuits.

Officials also face challenges posed by shifting trends in the popularity of a certain sport, making it harder to attract children.

“Children are no longer coming to tennis, it is tennis which has to go to the children,” lamented Michael Müller of the German Tennis Federation, saying that unlike other sports, it had not developed a strategy for schools.

“If I’m looking for a new Boris Becker, he can’t start playing tennis at the age of 15,” he added.

Concerns are also rife that competing at a high level with the potential of becoming a top athlete will take a hit if new school timetables have to be accommodated.

Young talent that has already been identified can rely on a network of specialised schools with adapted hours, but the fear is that the earlier stage of spotting a child’s potential, risks being lost.

To recruit talent “you need a certain mass,” Rump said.