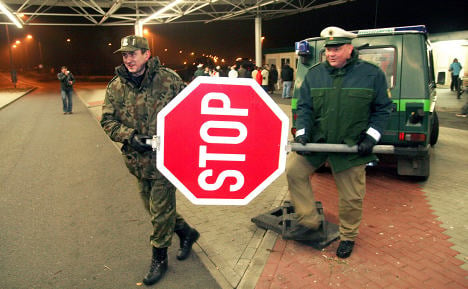 In a joint letter to the European Union’s Danish chair ahead of talks among interior ministers in Luxembourg on April 26, France’s Claude Guéant and Germany’s Hans-Peter Friedrich say the Schengen set-up, which abolished frontier controls in 1995, needs a radical revamp.

Schengen is an area that is home to 400 million Europeans and covers 25 states. Once inside Schengen illegal immigrants can theoretically move freely between countries, as people passing between the borders of two member states do not have to show identification.

Friedrich and Guéant said that where a government within the area fails to meet its obligations to manage external frontiers – Greece for one is under intense migratory pressures at Europe’s south eastern fringe – partners should have “the possibility, as a last resort, to reintroduce internal frontiers for a period not greater than 30 days.”

The ministers also insisted that such decisions should not be left to permanent Brussels officials – but be left as the sole preserve of national ministers voting in the European Council of EU member states.

Fighting to hold onto power ahead of Sunday’s first-round election, French President Nicolas Sarkozy told a rally last month that without “serious progress” on a rewrite of the Schengen treaty over the coming year, that France would leave the group completely.