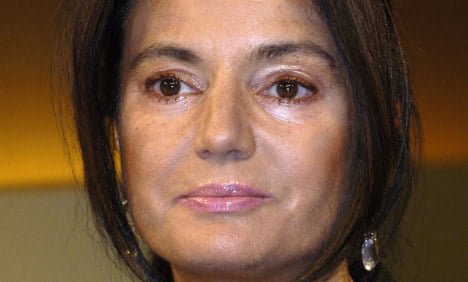 Margarita Mathiopoulos describes herself as an entrepreneur and honorary professor of US foreign policy and international security at Potsdam University.

She also has strong links to the Free Democratic Party, Angela Merkel’s junior coalition partner, having been advisor to its former leader Foreign Minister Guido Westerwelle.

Bonn University decided on Wednesday to strip her of her doctorate after considering evidence of more than 320 places in her work where the “original sources were systematically not properly cited”.

Her thesis, called “America: the experiment of progress. A comparison of the political thinking in Europe and the USA,” contained many passages from other academic work without the proper acknowledgement, a Bonn University statement said.

Her thesis, written in the 1980s, was criticised in the early 1990s after serious methodical errors were discovered, but no evidence of deliberate fraud was detected.

The investigation was reopened after the internet site VroniPlag suggested there were hundreds of incidents of plagiarism in the work.

Now, “due to the systematic and widely-spread practice, the deciding committee considers it is clear that this was not simply a series of mistakes, rather deliberate cheating of academic copyright,” the university statement said.

Now Mathiopoulos joins the ranks of German political figures to be stripped of their doctorates for cheating in their theses – a group infamously led by former Defence Minister Karl-Theodor zu Guttenberg whose disgrace led to his resignation.

Der Spiegel reported last week that she stood to lose her honorary professorship at Braunschweig University should her doctorate be withdrawn. Potsdam University hinted it might take a similar view.