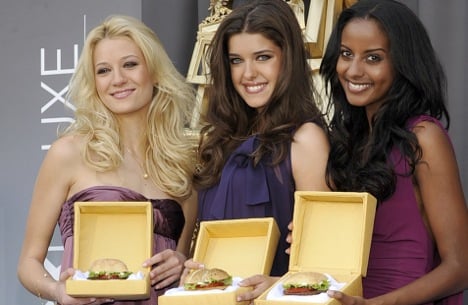 Hamburg’s reputation as a sexy-city was confirmed by the survey, conducted by the dating agency Parship, which found that young Hamburgers were deemed the most attractive by the 1,300 single 18-65-year-olds polled.

But Munich was the overall winner of the “Single-City-Index,” which gathered 16 criteria to find out which is the best city for the beautiful and available. The Bavarian capital pipped the port town by virtue of its leisure facilities and the availability of flats to rent.

But there was something in the survey to cheer lonely hearts in many German metropolitan centres. Cologne, ranked third overall, was judged to have the best “flirt-spots” – and people there said they were more than happy with the range and number of single people around.

Berlin – ranked fourth – offers “the most beautiful shopping streets,” the cheapest rents, and only came behind Hamburg when it came to the best night-life districts.

But the German capital ranked lowest when it came to “personal safety” and “job offers.”

Only Frankfurt failed to get top marks in any of the criteria. Germany’s financial centre ranked last in attractiveness of inhabitants, flirt-spots, and places to go out at night.

In fact, according to Parship, the only thing Frankfurt has going for it was job opportunities, where it came in second behind Munich.