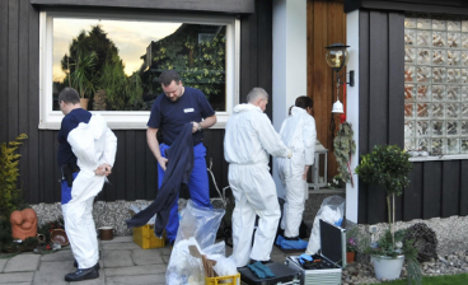 “Did anyone see me on December 29, 2011 between 12:00 and 13:10 in or around the thermal baths in Ludwigsfelde?” Heinrich Scholl wrote in the ad placed in the weekend edition of local paper Blickpunkt.

“I was wearing a three-quarter length dark-blue raincoat and blue jeans,” the 68-year-old added.

Scholl, who was mayor of the small eastern German town of Ludwigsfelde from 1990 until 2008, then calls on potential witnesses to get in touch with the police or the state prosecutor in Potsdam.

The ad was addressed to “Dear Ludwigsfelders, visitors to the thermal baths and guests in the town.”

Scholl is currently the only suspect in investigations into the murder of his 67-year-old wife Brigitte, whose body was found in a forest near the town on December 30. He is also suspected of killing their dog.

Ralf Roggenbuck, spokesman for Potsdam state prosecutors, told the Bild newspaper he had never seen anything like the former mayor’s advert.

He added that no-one had responded as yet, and that investigations were continuing.

Ludwigsfelde, with a total population of 24,000, was shocked by the case, though there remains no clear motive for the killing.

It remains unclear whether the place where she was found was also the scene of her death, though they are assuming that the murder took place while Brigitte Scholl was taking her spaniel for a walk.

According to a report in the Tagesspiegel newspaper from January, neighbours did not notice any problems in the Scholls’ marriage.