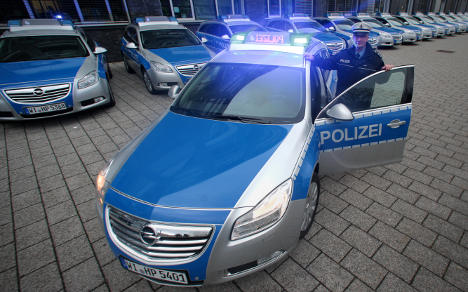 The embarrassing mishap came to light in a poll conducted by police union GdP, which showed that many officers in the western German state of Hesse preferred their old wheels – the Opel Zafira.

The Hesse Interior Ministry ordered 800 of the swish new models – Opel’s Insignia Sports Tourer – in a long-term deal at the end of 2010. The ministry says that 200 of the cars have been delivered so far, but it is yet to be decided whether the order will be completed.

GdP deputy chairman Lothar Hölzgen accused the ministry of not testing the seats before the order was made.

The limited view through the back window was also a major problem for the police, said Hölzgen. “I need to see out of the back every minute, every second,” he said. “That’s a safety matter for us.”

The ministry insisted that the car had been tested prior to the order. “The results did not point to any lack of suitability for police service,” a ministry spokeswoman told regional broadcaster HR. She added that the ministry was aware of the problem.