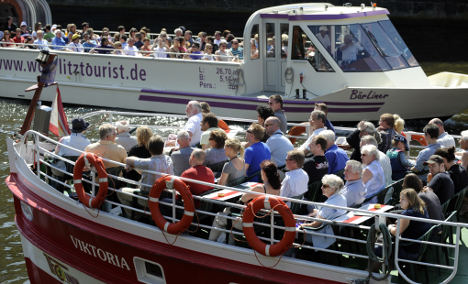 The pleasure boat was on a tranquil, Sunday afternoon cruise when suddenly half the approximately 20 passengers turned out to be Kurdish activists in disguise.

Some of the group shoved the boat’s captain and driver to one side. “They demanded that the crew steer the boat along the bank, and wanted to read out their manifesto through loudspeakers,” police spokesman Bruno Ethen told Der Spiegel magazine.

No-one was injured in the incident, and the activists, who were unarmed, have been interviewed and are expected to be released on bail, according to police.

In September last year more than 30 PKK sympathizers briefly occupied the studios of commercial TV channel RTL in Cologne. They tried to get the broadcaster to air a report on captive PKK leader Abdullah Öcalan who was arrested in Germany in 1999 and deported to Turkey.

The PKK is fighting an armed struggle in eastern Turkey in an attempt to establish an autonomous Kurdistan and greater rights for Kurds in Turkey. It is listed as a terrorist organization by the US and the European Union.