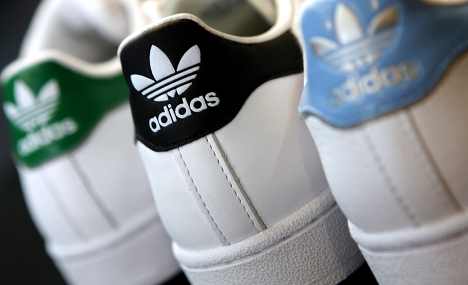 The Independent newspaper said its exclusive investigation showed that the way clothing is being made for Team GB and Olympic volunteers “makes a mockery of claims by London 2012 organizers that this summer’s Games will be the most ethical ever.”

Workers at nine Indonesian factories with contracts to produce Olympic shoes and clothing for Adidas are working up to 65-hour weeks and earning as little as 5,000 rupiah ($0.55, €0.42) an hour, the report claimed.

It also said that none of the nine factories Adidas employs pays a living wage. This is one “of the cornerstones of the Ethical Trading Initiative (ETI) base code, an internationally recognised labour code adopted by the Olympics organising committee, Locog,” the paper wrote.

It said workers struggling to survive on such wages skip meals and send their children “away to be looked after by grandparents.”

Adidas, in a statement sent to The Local, said, “We take the recent allegations regarding working conditions at some of our suppliers in Indonesia very seriously and will immediately launch an investigation to verify the allegations which are being made and to safeguard worker interests.”

That is in line with what the organising committee told the newspaper. A spokeswoman said the committee had spoken with the German sportswear giant and Adidas “assured us that they are investigating these allegations, the conclusions of which will be made public.”

“We place a high priority on environmental, social and ethical issues when

securing goods and services and take these allegations extremely seriously,”