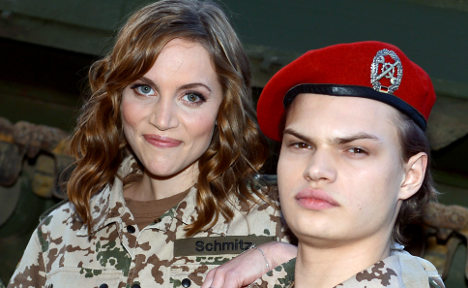 Wilson Gonzalez Ochsenknecht, 22, one of the movie’s stars, told Friday’s Bild newspaper that he was “devastated” by the death threat postings, which appeared on Facebook.

The paper, which said it had seen the threats, said one solider called Ochsenknecht a “dirty son of a whore.”

The writer, a paratrooper, noted that his battalion lost three soldiers two years ago on Easter. “Be a man and visit me in Paratrooper Battalion 261. I’ll kill you, you faggot,” the posting said.

“It’s an ongoing investigation,” she said. It remains unclear if the results of the investigation will remain with the Defence Ministry or be turned over to a government prosecutor, she added.

ProSieben issued a statement on the film’s website saying it was an anti-war comedy in the tradition of the US film “Good Morning Vietnam.”

It said it could be shown any day and deals with a topic – the deployment of young German troops in foreign war zones – that is much discussed in Germany today.

The producers chose the comedy genre for such a film because they thought it was a good way for viewers to consider “the unthinkable” and deal with such a topic.