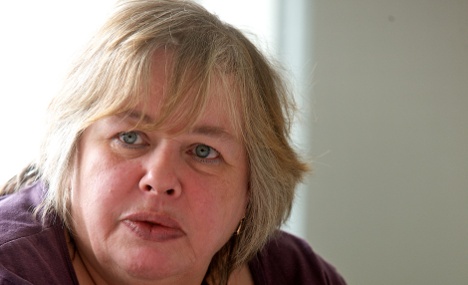 Monika de Montgazon was convicted in 2005 of setting fire to the house in Berlin where she, her partner and her 76-year-old father were living, with the intention of killing the old man for his insurance payout.

But she challenged the conviction from jail – and after 888 days behind bars, she had assembled enough evidence to show the fire had been an accident, started by a cigarette left burning in her father’s bed, the Tagesspiegel newspaper said on Thursday.

The now 56-year-old was freed in March 2006 having served nearly two and a half years of a life sentence.

But she is still fighting for appropriate compensation after rejecting an initial offer of €11 for each day she spent in prison.

Now the justice system has given her another “slap in the face” de Montgazon told journalists on Wednesday. It has told her it would only cover €86,000 of the costs of her appeal, leaving her with a €32,000 bill.

The Berlin state supreme court decided de Montgazon’s appeal had cost too much – paying experts up to €125 an hour of work, as opposed to the €84 it considered reasonable.

De Montgazon had “not plausibly argued” why the costs were so high, said the court.

Ulrich Schnellenberg, head of the Berlin lawyers’ association said this was ridiculous. “How is someone sentenced to life in prison and fighting for their freedom supposed to negotiate a rate in line with market prices with experts?” he said.

Schnellenberg is demanding that Berlin Justice Senator Thomas Heilmann intervene to “find a non-bureaucratic solution to averting this injury as soon as possible.”

Montgazon will meanwhile be waiting on a ruling by the Federal Constitutional Court, to which she has submitted a complaint.

Previously a doctor’s assistant, de Montgazon now runs a disco in Berlin’s Neukölln district. “This just goes on and on,” she told the paper on Thursday. “But I’ll keep fighting.”