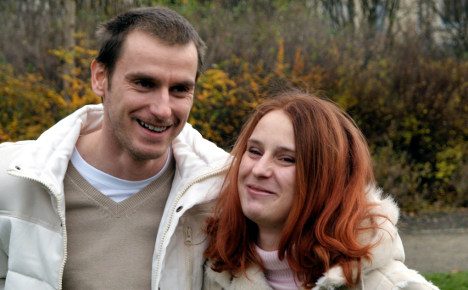 Judges said on Thursday that the German courts could continue to punish those convicted of incest without injuring his rights to a “private and family life.”

The man in question, Patrick Stübing, appealed all the way through the German courts saying the repeated jail sentences, which he received for his continued sexual relationship with his sister, were unfair.

He and his sister Susan, from near Leipzig, grew up apart after he was given up for adoption aged four – before she was even born.

He had been badly abused by their alcoholic father while she struggled with school and has received significant help from social services.

She was 17, he 25, when he returned and moved into to the family home in 2000. Six months later their mother died, leaving the pair together.

Within five years they had four children, two of whom were disabled. Patrick was locked up as a result several times, most recently leaving prison in 2009.

They are no longer a couple – at least in part because of the legal action against them, his lawyer Endrick Wilhelm told the Süddeutsche Zeitung newspaper on Thursday.

The German anti-incest law did “not protect the family, rather destroyed a family,” he said.

But German officials were entitled to use their discretion, the European court ruled, as

there was no consensus between Council of Europe member states on the question of whether consensual sex between adults could constitute a crime.

“Furthermore, the German courts had carefully weighed the arguments when convicting the applicant,” said a statement from the court.

Three of the four children live with foster families, while the youngest daughter lives with Susan.