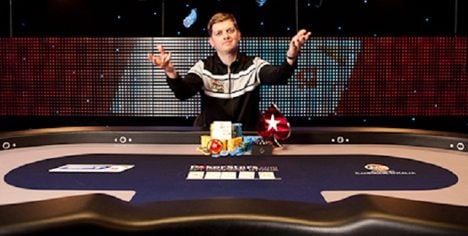 Dubbed the “Micro Millions,” these were poker tournaments designed for the average player with only low buy-ins required to take part.

One hundred events were played over the 10 days with most events having buy-ins of $5 or less. The cheapest ones were only $1 with the opening tournament being an extra low 11 cents.

Even the main event cost only $22, but despite the low buy-ins both the overall turnout and the overall payouts were remarkable.

The first tournament alone drew more than 70,000 players to the tables. Another 54,000 players paid the $22 to be part of the main event with the top prize of $140,000 awarded to a player from the Czech Republic.

A total of 19,335 players from Germany made the money across the 100 events with 84 players making a final table during the series.

Fourteen events were actually won by Germans and all in all German players won a total of $881,325.05.

That made Germany the second-most successful nation of the series, leaving countries like Canada, Spain and the traditionally strong United Kingdom behind.

The country that superseded them all with the most players, the most cashes, and the most money won?

Russian players have emerged as very strong both on the live and on the online poker scene, and as long as US players are still shut off from online poker it seems that the East continues to replace the West as the leaders online.

The most remarkable player was, however, of none of these nationalities. “EDWARDHOPPER” from Denmark played 98 out of 100 Micro Millions tournaments and made the money 27 times. Even more amazing than the time put in to play that many events is what happened afterwards.

On the day when the last Micro Millions event finished, “EDWARDHOPPER” jumped on a plane to Italy.

The EPT Campione main event started on that very day, and the man who won the title five days later was none other than “EDWARDHOPPER” – in real life known as Jannick Wrang, now the latest champion on the acclaimed European Poker Tour.