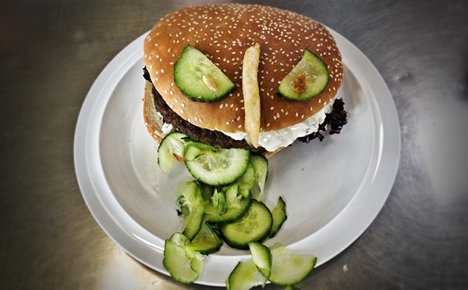 The 29-year-old student at Saarbrücken University who uses the artistic name Maurice Etoile, has created a Facebook group “Mensa Battle” for people to submit their attempts at lunch art.

He said the idea was sparked by a friend of his studying in Berlin who had been boasting about how good the food was at his college canteen – or Mensa as they are called in Germany.

“But the canteen in Saarbrücken is better and I wanted to prove it to him with these figures,” he told weekly magazine Der Spiegel’s website.

“I laid two lemon slices on a schnitzel and it looked like a face. I sent him a picture. He replied with photos from his canteen. At one point he must have realised that his canteen could not compete with ours and gave up.”

But the idea spread like watery gravy and soon students from across the country were sending in their creations, from Sponge Bob made of rice to a chicken-leg dinosaur.