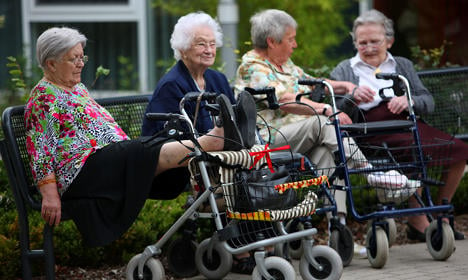 When asked, “Which group of people are responsible for problems in your neighbourhood,” by a social research group, nearly a quarter of Germans pointed the finger at teenagers.

Next were the elderly, whose penchant for complaining about noise drove nearly 10 percent to despair. Closely behind came drunkards.

Less than four percent of the 4,600 people interviewed across Germany for the Social Science Research Centre in Berlin (WBZ) answered “Turks”. Around the same share put a more general “foreigners.”

Nearly 50 people singled out Russians as the prime troublemakers, and one person out of the 4,600 simply said “Blacks”.

In total, just 13 percent identified ethnic minorities, either specifically or generally, as the main cause of neighbourhood problems.

Sociologist Merlin Schaeffer who led the study said it was clear that “other problems are more important than racial conflict.”

He told Wednesday’s Berlin paper Tagesspiegel that the number of people who gave a race-based answer was no different in areas where more than 20 percent of people were of immigrant background.

But those living in areas with high rates of joblessness were more likely to complain that the unemployed were creating problems in their neighbourhood.

Schaeffer conducted the interviews over the phone, during which he asked lots of different questions in a free-flowing conversation. Only a third of people he spoke to could give him an answer to the “neighbourhood nuisance” question.

Around 17 percent said they could think of an annoying group but did not say who it was, while nearly eight percent said that there were no problems in their neighbourhood.

Animals were more often said to be a nuisance than right-wing extremists, drugs, new neighbours and even the upper classes – who came in at less than one percent.