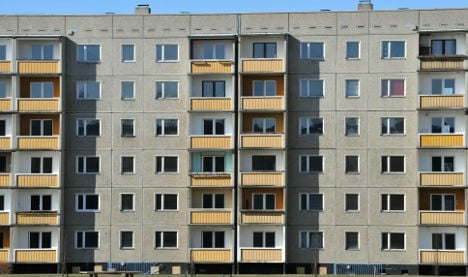 Cerberus, together with the real estate management company, Corpus Sireo, is reportedly paying as much as €900 million to get the 22,000 flats from Speymill, a bankrupt UK firm, the newspaper said. Germany’s federal cartel office has already approved the deal.

The huge deal is a sign of the German real estate market’s renewed attractiveness for foreign investors, following several years in which real estate money went elsewhere, the FTD said.

Cerberus is the Greek mythology name of the dog who watched over the entrance to hell, noted Der Spiegel, and suggested it was a deliberate choice as the firm has a reputation for being particularly aggressive.

In 2004 Cerberus, together with a Goldman Sachs subsidiary, bought GSW, a housing management owned by the state of Berlin that had more than 60,000 flats in its portfolio. Last year the investors went public with part of the company and sold the rest, removing them from the public housing market.

Germany’s property market became less attractive to investors after credit dried up in 2007, but it is now much easier to get financing – either to buy apartments after they are renovated or as a package, as Cerberus has done.

The Speymill holdings were considered a tough sell because the flats are spread out all over Germany, Kai Klose, a real estate analyst with the Berenberg Bank told the FTD. He calculated, based on market rates, that Cerberus would pay as much as €900 million for the deal.

The federal government also plans to capitalize on the improved market conditions, the FTD said, with Finance Minister Wolfgang Schäuble planning a second attempt at selling the government-owned TLG company. It succeeded the Treuhand company that administered state-owned property from the former East Germany.

Schäuble tried to unload a package of offices, industrial areas and flats in Berlin and eastern Germany in 2008 but couldn’t find a buyer. The minister now sees a better chance for a sale, since prices are on the rise, the paper wrote.

TLG’s offerings, which include 11,500 flats, are valued at around €1.7 billion. Schäuble wants to insert language in the sales documents that would prevent luxury renovations of the flats, but that’s not enough for Left party parliamentary leader Gregor Gysi, who is worried that a sale would make tenants “purely investment objects.”

Those interested need to hurry up. Potential buyers have until this coming Monday to make their interest known, the FTD said.