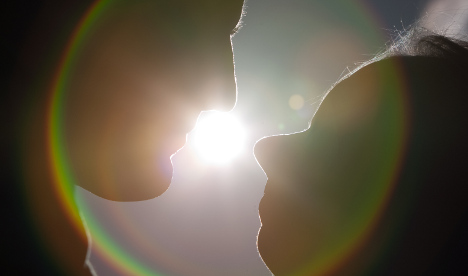 A colleague walked in on the pair as they were sprawled across the banker’s desk high up in the Helaba bank headquarters in Frankfurt.

But the punctilious co-worker was less shocked by what they were doing than the fact that neither of them had ‘clocked out’ prior to their extra-curricular activities, violating bank regulations.

As far as managers were concerned, the thrust of the affair was not that the pair were getting down and dirty on a desk – but that they were technically bonking on the bank’s time.

“We are aware of the incident and the board is dealing with those involved,” a bank spokesman told Bild.

The paper said one in four Germans has been romantically linked to a colleague and one in ten have even moved jobs because the relationship has gone wrong.