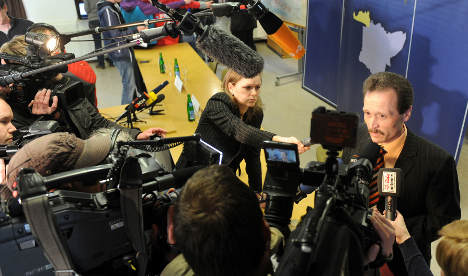 The 18-year-old man visited police in the small northern town of Emden with his psychologist back in November 2011 to report himself. His stepfather had reported him to the police two months earlier for possession of child pornography.

His mother had discovered him as he took photos of the young girl, and he then spent two months in psychological treatment.

But although police planned to visit his home at the end of the year, officials never got around to it, they admitted in a press conference on Tuesday.

Criticism was immediate and harsh, with Rudolf Egg, director of the national centre for criminology, saying the man should not have been ignored. “In the interest of victim protection, one cannot let someone like that simply go,” he told TV show Tagesthemen on state broadcaster ARD.

Not only did police fail to act on the information he volunteered, they arrested a different teenager after 11-year-old Lena was found dead in a car park in Emden.

Enough information was released about the innocent boy that locals identified him, he faced online threats of violence, and fled the small town.

He said that he was actively trying to combat his paedophilic tendencies and was seeking treatment. His approach to the police was intended to draw a line under his problem.

But though a decision was made to go and search the man’s flat, this was never done, de Vries admitted. He said an internal investigation would now be undertaken. “Simply the fact that this could happen is so serious that I want it explained immediately,” he said.

Police divers have been searching local ditches for evidence in the Lena killing, though police would not say what they are looking for.

They did say that they had found evidence in the suspect’s flat that linked him to the car park where the 11-year-old’s body was found. They also found evidence linking him to an attempted rape last November.