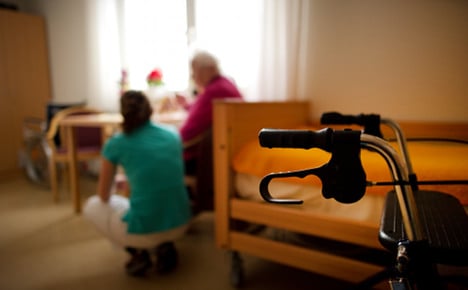 Previously, doctors who deliberately left a patient with the means to commit suicide did so under the threat of fines of up to €50,000, imposed by their professional association, the Chamber of Physicians (ÄK).

But the ÄK’s ban was lifted by Berlin’s administrative court on Monday, as judges found it was “too general,” court spokesman Stephan Groscurth told The Local.

While euthanasia remains illegal in Germany, if a doctor is certain that their dying patient wishes to end their life they can now leave them the means to commit suicide without facing censure from the ÄK.

When a doctor cannot medically help a suffering patient and has a close personal relationship with them, the court has decided that it would be, “against the freedom of conscience not to help them,” said Groscurth.

However, “actively helping someone to die is still seen as unethical,” he added.

Some doctors have welcomed the decision as a step towards legalising euthanasia in Germany, as terminally-ill patients who want assistance to die have to do so in countries where it is legal, like Switzerland.

“This is a step towards stopping ‘suicide-tourism’ that is happening in Germany right now,” judge Dieter Graefe told The Local. As an expert on the legalities of assisted suicide, Graefe has worked with Dignitas – a clinic based in Switzerland that caters for those wishing to die.

Berlin urologist Uwe-Christian Arnold has been campaigning for laws to clarify and enable assisted suicide for years and admitted that he had helped a number of terminally ill patients to die, the Berliner Zeitung newspaper reported on Monday.

“We are very pleased with the decision,” he told the paper. “I would never help someone to die who was not terminal and who had not expressed a firm wish to die.”

He said most Germans were in favour of legalising assisted suicide, and that he could not support the idea of people having to travel abroad if they chose to end their own life.