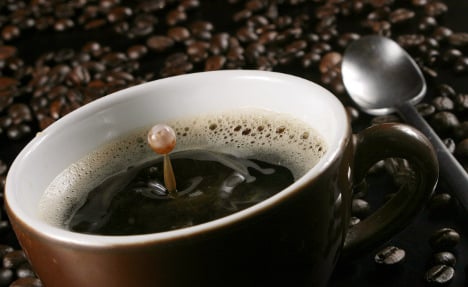 Hamburg-based Neumann Kaffee Gruppe (NKG) has 10 percent of the global coffee market share, and supplies Dallmayr among other firms.

NKG head Michael Neumann personally laid the foundation stone for the Kaweri plantation alongside Ugandan President Yoweri Museveni back in 2001.

But it was reported on Monday that just a few days before the ceremony, government troops drove around 400 Ugandan farmers off the 2,500 hectare piece of land, beating workers and destroying their huts and crops.

The Frankfurter Rundschau newspaper said the farmers and their families, around 2,000 people in all, have been fighting for compensation ever since, and have won the support of human rights organization Food First Information and Action Network (FIAN).

Together the organizations have brought several lawsuits against both the Ugandan government and NKG’s subsidiary company Kaweri, but it has been protracted process.

Judges have been changed several times, and NKG itself has missed several negotiation deadlines.

The farmers did not directly own the land, but Ugandan common law gives them legal rights to its use, because they had been working it for so long before they were evicted, the paper said.

But Neumann told the Frankfurter Rundschau that the land was “the legal property of the Ugandan Investment Authority (UAI), and has been leased to Kaweri for 99 years.”

The farmers also argue that the Kaweri plantation has annexed some 500 hectares of neighbouring land, owned by 80-year-old farmer Anna Nandyose Katende. The Frankfurter Rundschau said it had seen her title deeds for this land, which is to be re-measured this week to prove the land was illegally taken by the German-owned company.

Dallmayr has consistently claimed that it only buys coffee from sustainable sources, and NKG argues that the Kaweri plantation has brought new jobs, educational opportunities, electricity and fresh water to the area.

But FIAN spokeswoman Gertrud Falk says that while the new electricity and water supply had raised the standard of living for some of the local population, many farmers simply no longer have any income to afford the new facilities. As a consequence the number of children going to school has reportedly dropped.

“We won’t let go,” Falk told the paper. “The expulsion is unjustifiable and is a blatant violation of human rights and Ugandan law.”