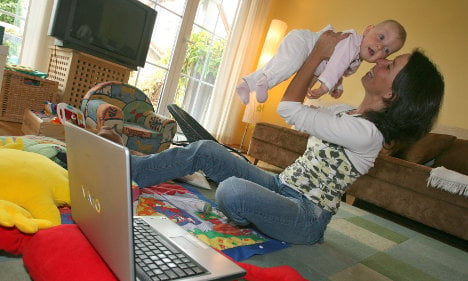 The Betreuungsgeld subsidy would give every family that does not send its children to a kindergarten €150 per child per month. As much as €400 million has already been set aside for the plan in the 2013 budget.

But critics fear that low-income earners and immigrants would keep their children at home to boost their incomes, and that it would work as a state subsidy for traditional family structures.

The Betreuungsgeld was Merkel’s concession to the Bavarian Christian Social Union (CSU) in the last coalition agreement – the party is allied to Merkel’s Christian Democratic Union (CDU) but has a more conservative profile.

The CSU has been planning to use the law as one its key platforms in next year’s Bavaria state elections which are due at around the same time as a federal parliamentary vote.

Family Minister Kristina Schröder, of the CDU, is aiming to finalize the bill before Easter, so it can be voted on before the summer recess.

But Merkel may not be able to count on her own coalition in parliament to get the bill passed.

The CDU/CSU majority, along with coalition partners the Free Democratic Party (FDP) stands at 19. The pro-business FDP has already distanced itself from the idea, but it’s particularly embarrassing for Merkel that 23 MPs from her own Christian Democratic Union (CDU) are openly opposing the idea.

MPs across all five parties represented in the German Bundestag are now opposing the Betreuungsgeld, while a number of business associations, trade unions and immigrant community organizations have also expressed scepticism.

Berlin CDU representative Karl-Georg Wellmann told Monday’s Bild newspaper, “It would be clever if the chancellor would stop this nonsense law.”

But Merkel is unlikely to do that, because of her sister party has made the policy one of its defining issues. CSU state politician Gerda Hasselfeldt dismissed the revolt, saying, “The Betreuungsgeld is not up for debate.”

“The Betreuungsgeld is society’s recognition of those parents who choose to take responsibility for raising their children themselves, or to organize it privately,” she added.

“These aren’t people tied to the kitchen sink or who drink the money away. The CSU has totally normal families in mind, whose children aren’t more stupid later [having not been to kindergarten].”