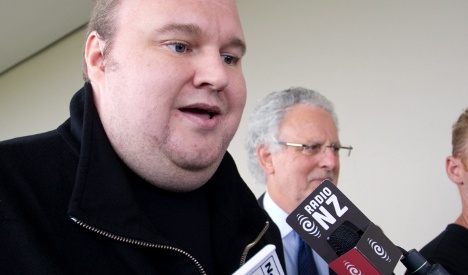 The flamboyant Schmitz, who is known as Kim Dotcom, applied for and was granted permission to do so while on bail, according to reports coming from New Zealand where he faces possible extradition to the US.

The tycoon was last month granted a monthly allowance of nearly €37,000 and access to his new Mercedes Benz car while on bail.

His lawyer has now also applied for Dotcom to be allowed access to the internet, which he said his client needed to help prepare his defence.

Dotcom, who was born in Kiel and had a colourful career in Germany before moving to New Zealand, is also recording a music album which he says involves a number of as yet unidentified international artists.

The New Zealand Herald reported this weekend that one track he was working on was called “Welcome to the Good Life” and includes the lyrics, “Sleep all day, party all night, have whatever you like, whenever you like.”

In a story reportedly written after a visit to his house, the paper said Dotcom was sure he was going to have a global hit with the music. Another lyric is, “You don’t need no copyright to dance.”

Dotcom was arrested in a spectacular raid in January, with police arriving at his mansion near Auckland in helicopters only to find him locked in a panic room.

The Megaupload site and associated sites, which allowed users to upload files including copyrighted material, which could then be shared free via the internet, have been closed down.