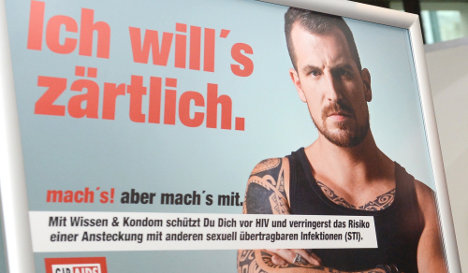 "I want it tender" says this man. Photo: DPA

The slogans are part of a new mach’s mit or “do it with” campaign, which will be seen on billboards across the country from this month. The slogan is “Do it, but do it with.”

The message is that condoms not only protect against HIV, but also other sexually-transmitted diseases that have been on the increase over the past few years.

The previous campaign, featuring different coloured condoms used for various devices with puns and jokes, will be replaced by new posters featuring five self-confident people saying how they want it.

An older woman looks challengingly into the camera with the slogan, “I want it exciting,” while a butch, tattooed man says he wants it tender, and a younger man’s slogan is “I want it at last.”