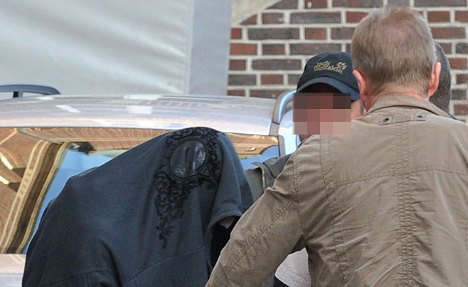 The unnamed school pupil was detained on Tuesday evening after a witness placed him close to the scene of the crime in the centre of the coastal town of Emden. A judge approved the arrest warrant for the young man on Wednesday.

The suspect spent three nights in a detention centre during his interrogation. And it seemed the police may have got their man, when in a press conference on Thursday, they said he had given a contradictory testimony, and had no alibi.

But despite hours of questioning by both police and the custodial judge, he consistently denied any involvement in the murder.

He lived just 500 metres away from the spot that Lena’s body was found.

“New investigations have confirmed that he can be ruled out as the perpetrator,” investigators said in a statement on Friday. His arrest warrant has already been lifted but no further details were released.

Officers also declined to answer whether there were any other suspects.

“The murder division continues to have 40 officers working on the case,” the statement continued.

Emden town council has offered a €10,000 reward for information leading to the perpetrator. Police released CCTV footage from the car-park, which was next to a multiplex cinema, showing a young man wearing dark trousers, a dark hooded top and dark trainers with thick white soles.

Lena is thought to have been sexually assaulted and murdered in the car park on Saturday night after going out with a friend the same age.

A security guard found her body later that evening and alerted emergency services, who could not resuscitate her.

She was buried on Friday morning in a private service.