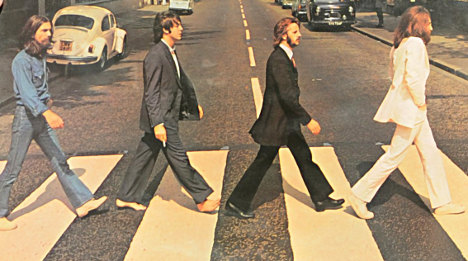 The German ACE motoring association study showed that 5,100 people were hit on zebra crossings last year, while the year before the figure was 5,500.

The ACE study showed that Berlin had the most chaotic roads in the country, and that it was the most dangerous state to be on foot. The share of drivers whose own errors led them to hitting a pedestrian twice as high in the capital than nationally.

Bremen and Hamburg were also dangerous, while the safest regions for pedestrians were Saxony Anhalt and Mecklenburg-Western Pomerania.

But the ACE also said that pedestrians often contributed to their misfortune on the roads – and that Berlin also had the most chaotic roads in the country.

The most frequent error was simply crossing the road without looking out for traffic, while suddenly emerging from behind something was also a common problem. Red lights at pedestrian crossings were also often ignored, the ACE said.

More than 30,000 pedestrians were involved in road traffic accidents in 2010 the study showed, with one in four of these due to the person on foot making a mistake. Younger and older people were particularly at risk according to the statistics.