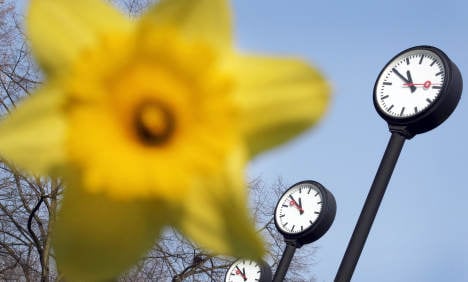 At 2 a.m. on March 25, the clocks jump ahead by one hour to mark the start of European summer time in Germany.

For some, this just means an hour less sleep – but for physicist Ernst Peter Fischer, the springtime switch has much broader, and more serious implications.

“The time change is a rule imposed by early types on late types, and it leads to social jet lag with serious health and social consequences,” Fischer told news agency DPA.

An author and scientific historian, Fischer has written about time in many of his works. He believes the time change puts a gap between the body’s natural clock and the time set by society.

Fischer criticised the tendency to view so-called “late sleepers” negatively, and said both early and late risers should be seen in a similar light.

“In our society, the early types – the ones who get to work first and are always whistling so cheerfully – have prevailed,” Fischer said. “They run management and politics, and they are the ones who are dictating the new time to us.”

So when it comes to time, the scientist urged caution: “Time is probably the only thing we have,” he said.

“That’s why we should handle it carefully.”