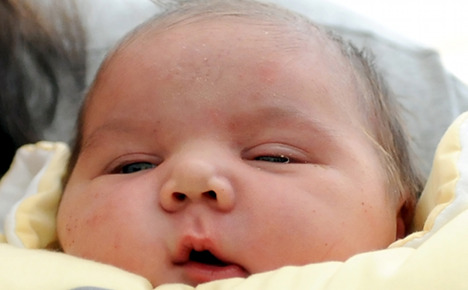 Between 1991 and 2010, the number of babies being born in German hospitals by Caesarean section has increased from 15.3 percent to 31.9 percent according to data published on Monday by the Federal Statistical Office.

Experts believe that this rise is linked to the rise of overweight mothers. The number of women who were initially overweight before getting pregnant has doubled in the past 15 years. Being overweight increases the risks involved with giving birth vaginally.

But while experts said that many of the 210,000 Caesareans performed in 2010 were the safest option for both mother and baby, the World Health Organisation (WHO) says more than half of such operations are unnecessary.

Rates of other birthing techniques were much lower, with just 5.3 percent of German midwives reaching for a ventouse vacuum extractor to pull a baby out, and a mere 0.6 percent opting for forceps in 2010.

Author of a new Caesarean section study, Petra Kolip, explained that the risks involved with a Caesarean have dramatically reduced over recent years, and that if the safety of either the woman or baby is in danger, surgical delivery is often the safest option.

“Vaginal birth is still the safest way for mothers to deliver though,” said the professor of health promotion at the University of Bielefeld.

Rates of Caesarean section differ greatly between different German states, the study showed. The highest proportion of women going under the knife is in Saarland, where in 2010 36.6 percent of labouring women were taken into the operating theatre.

In Rhineland-Palatinate this figure stood at 34.8 percent, which was closely followed by the state of Hesse at 32.8 percent.

In the eastern state of Saxony however, this figure was considerably lower as just 22.2 percent of babies were born via Caesarean – the lowest share of all the German states.

These figures are were much higher than the WHO’s guidelines, which state that 10 to 15 percent of births require surgical intervention.

If a woman has not requested a Caesarean section, the most common reason a doctors would chose not to deliver vaginally a slowing down of the baby’s heart rate, indicating a potential problem.

Women who opt for Caesarean section for no medical reason remain firmly in the minority in Germany at under 5 percent, according to professor Kolip.