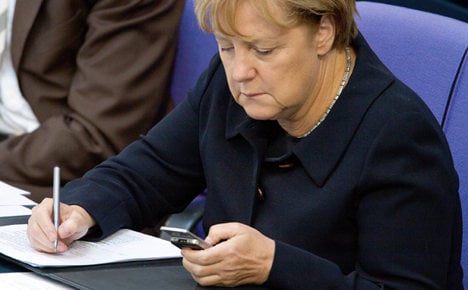 On his way to the meeting in Merkel’s Berlin chancellery, Jack Dorsey tweeted, “Just landed in Berlin for a visit with Chancellor Angela Merkel. I’ve been wanting to meet her for a while: the world needs her on Twitter.”

But shortly afterwards Merkel’s spokesman Steffen Seibert said she disagreed, and said the world would have to be satisfied with her text messages and podcasts.

“It will remain the case that I as government spokesman will tweet about the chancellor’s work,” Seibert wrote during a question and answer Twitter session.

Dorsey bounced back and returned to the “twittersphere” to tell his followers about his “great conversation” with the Chancellor. “Loves SMS and has the mind of a scientist: forever curious,” he tweeted.

But during the Q&A itself, official government tweeter Seibert seemed to have trouble with the brisk flow of queries and when asked if he would be another freewheeling session, he seemed unsure.