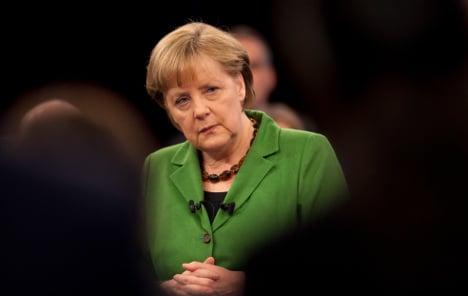 The vote in North Rhine-Westphalia (NRW), triggered by the collapse of the minority government there on Wednesday, was dubbed a “mini federal election” by Bild newspaper on Thursday.

“For Chancellor Angela Merkel, this is about the stability of her cabinet and the prospects for the federal election in 2013,” the paper wrote. “For vice-chancellor Philipp Rösler, it’s about nothing less than his political survival.”

NRW polls show that a coalition of Merkel’s main opponents, the centre-left Social Democrats (SPD) and the Green Party, could win an outright majority in the state with 52 percent of the vote.

In contrast, Merkel’s coalition partners, the pro-business Free Democrats (FDP), led by Rösler, is likely to be fail to clear the five-percent hurdle necessary to enter the regional parliament in the first place.

While Merkel herself sought to play down the importance of the developments in NRW, saying that “the work at the federal level is completely independent of the work in the states,” commentators said it would be critical.

“Merkel is now facing probably the greatest domestic political challenge of her second term,” the Frankfurter Allgemeine Zeitung wrote. “The election is a preliminary vote on a third term as chancellor.”

“It’s no exaggeration to say that what happens in NRW will change Germany,” said the left-leaning Tagesspiegel wrote on Thursday.

Financial market analyst Carsten Brzeski from ING bank said the FDP’s woes could result in a more eurosceptic tone in German politics as Merkel grapples with the eurozone debt crisis.

The party looks “rather desperate, maybe willing to do everything they can to reverse their current suicidal trend of evaporation,” he said.

“This could lead to an anti-euro and anti-immigration trend, trying to sharpen their own profile.”

“The indirect fallout of the elections and the election campaign will at least give us an unexpected early flavour of next year’s federal elections,” he said.

The collapse of the NRW’s minority government there after only 22 months in power was an unexpected political development resulting from the regional parliament failing to pass a draft budget.

NRW is home to 18 million people, as well as being a major industrial base in Europe’s economic powerhouse and results of elections there historically play a big role in federal politics.

In May 2010, Merkel’s Christian Democrats suffered a stinging defeat there that cost them their majority in the Bundesrat upper house of parliament, which represents Germany’s 16 states.

And in 2005, a lost vote in NRW prompted former chancellor Gerhard Schröder to call a snap federal election, which he then lost to Merkel.