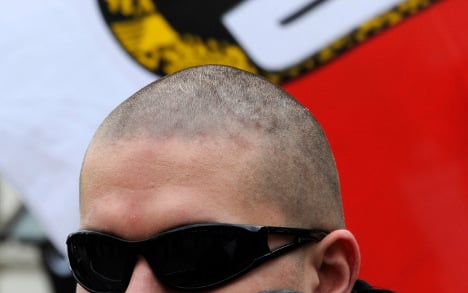 The German police have tracked down and arrested 46 of 160 fugitive right-wing extremists since the beginning of January, the Interior Ministry said on Thursday in answer to a parliamentary question from the socialist Left party.

Of the 160 extremists on the wanted list, most were hiding in western German states, the Süddeutsche Zeitung newspaper reported. These included 37 in Bavaria, 29 in Baden-Württemberg and 29 in North Rhine-Westphalia.

The ministry described the arrest of 46 of these in a little over two months as a “success” for the federal police force, the BKA.

The BKA reportedly reassessed its wanted lists following last year’s revelations about its incompetence in finding the trio of neo-Nazi terrorists responsible for the murders of nine immigrants and a German policewoman over the past decade.

The security forces were initially embarrassed by the Left party’s question, which came in an interior policy committee meeting in the Bundestag. According to the Süddeutsche Zeitung, the BKA representatives were initially unable to say exactly how many neo-Nazis were currently on the run.

Even after the figure of 160 was later released, there was no information on how long the police had been searching for them.

The German police has been visibly cracking down on the far-right scene in recent weeks. State prosecutors announced Thursday that 23 suspected neo-Nazi criminals were arrested on Tuesday following a major coordinated operation aimed at members of the far-right National Democratic Party (NPD).

The NPD is set to come under increasing pressure as politicians prepare a legal action to ban the party on constitutional grounds. As part of this, state interior ministers agreed on Wednesday that their security forces would cease cooperation with informants in the party leadership.

Previous attempts to ban the NPD failed because paid government informants were found to have been responsible for racist and anti-democratic literature that was used as evidence against the party.

Prominent Left party politician Petra Pau described the interior ministers’ plan as “half-hearted” and called for all informant cooperation to be stopped – not just in the top levels of the party.

“Informants are not nice people, but spies bought by the state and paid criminals,” she said on Thursday. “They are active far-right extremists.”