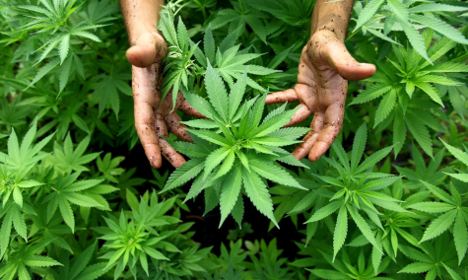 Officers counted more than 4,000 cannabis plants in the bunker, the biggest plantation ever found in North Rhine-Westphalia, hidden away in the Hells Angels-linked “Clan 81” clubhouse.

More than 500 police, some of them from the special armed division, raided biker clubs in Oberhausen, Solingen and Langenfeld as well as Düsseldorf, following a brutal fight between Hells Angels and rival gang Bandidos in January in Mönchengladbach. Two men were seriously hurt after being stabbed during the fight.

The discovery of the cannabis plantation was an unexpected bonus for the police who also confiscated an electroshock weapon, a knife and an axe, and arrested five people.