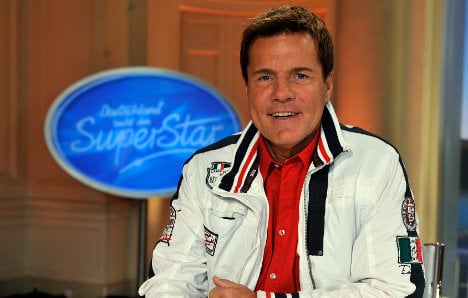 “I advise parents not to apply,” Heinz Hilgers, president of the German child protection association (DKSB), said on Wednesday, after commercial broadcaster RTL announced that “DSDS Kids” would search for young singing stars aged between four and 14.

Hilgers said that the adult version of the show, where contestants have to be at least 16, was based on humiliation and embarrassment, and that an appearance on the show could have grave consequences for a child’s future development.

DKSB director Paula Honkanen-Schoberth was also appalled by the idea.

“Casting shows are geared towards making one person successful,” she told the Märkische Allgemeine newspaper. “The message for the rest is, ‘you’re no good.'”

“Children are not able to keep the consequences of a show like that in perspective,” she said.

Apart from the prize money, children on “DSDS Kids” will compete for a stipend to invest in further show business training.

The application deadline for the first season is March 31, though no details for the date of the first broadcast, the length of the season, or the identity of the jurors have been released yet.

“Young people and kids have asked me a thousand times: why is there no DSDS for us?” top juror Dieter Bohlen said in RTL’s statement. “The fact that we’re doing it now is amazing.”

One of the show’s main features is Bohlen’s notoriously unforgiving judgements of wannabe popstars.

Media reports have speculated that the move is a sign of desperation, since ratings have dropped in recent seasons. Last Saturday’s broadcast represented a low-point for the show – it could not even match the ratings of prank show Verstehen Sie Spaß? on state broadcaster ARD.